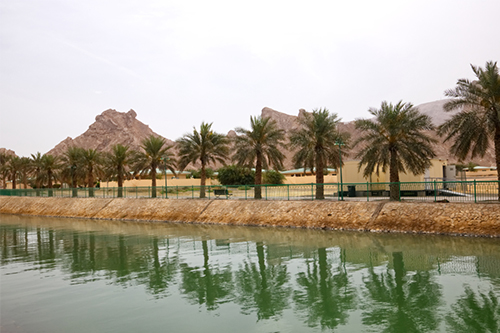 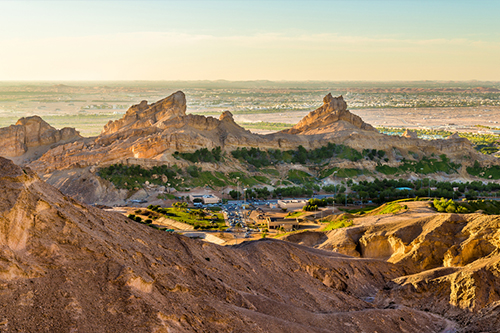 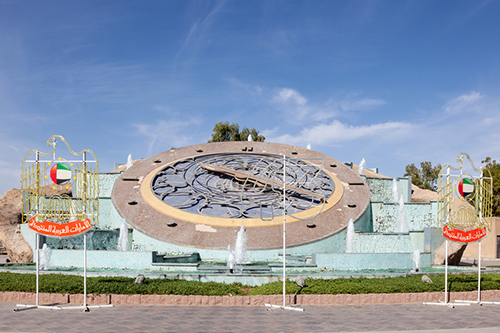 Al Ain is a fertile oasis city located approximately 160 kilometers east of the Abu Dhabi capital. Its name ("the spring" in Arabic) derives from its originally plentiful supply of fresh water, which makes its way underground across most of the plain lying before the Omani mountains (go to map of Al Ain).

The city (Demographic Information) is now divided, but featured as a well-known stop on a major south-west route used by traders for centuries.

The district known as Buraimi, once part of Al Ain but now defined as part of neighboring Oman can be found on most ancient maps as a place where food and water could reliably be found in an otherwise barren region.

The area is still famous for its traditional irrigation system, the Falaj, some parts of which date back as far as 1, 000 BC. The water was directed through a network of skillfully designed, man-made tunnels and channels to provide "trickle irrigation" to the farms and date groves in the surrounding area. Aquifers and wadis also provide physical evidence of sudden downpours of rainwater flowing across the land during storms.

Much of this valuable fresh water still soaks unused into the desert sands, but the city has found other ways of satisfying the needs of thirsty crops and animals.

The use of modern water supply technology in Al Ain can most clearly be seen in the greenery covering more than 100 square kilometers of the area. Even the six-lane roads in the city are lined with a wide variety of trees and shrubs, both indigenous and foreign.

The staggering amount of landscaping in the city and its surroundings is the direct result of the Commitment of the President, His Highness Sheikh Zayed bin Sultan Al-Nahyan to the process of reclaiming desert land and transforming it into something both beautiful and useable.

The 100 million assorted trees and 18 million date palms are watered by a combination of reprocessed waste water and desalinated water, leaving the groundwater as the main supply for human consumption.

There are numerous farms of all sizes around the city which produce an astonishing amount of salad crops -- tomatoes, cucumbers, lettuces, and even strawberries.

Experiments are continually in progress to produce desert-hardy plants to increase the self-sufficiency requirements of the country.